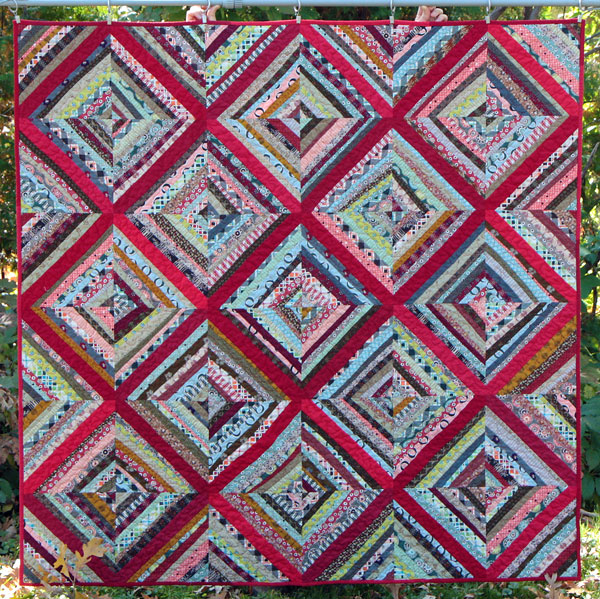 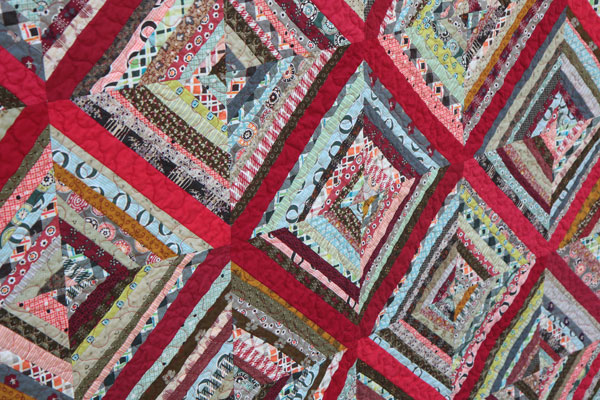 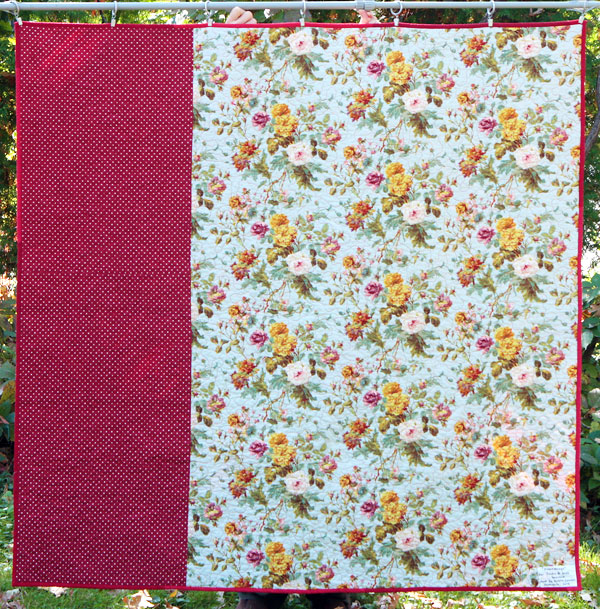 This quilt was for a family member who was ill. It’s called a “heartstrings” quilt because the red strip through the middle of each block is supposed to represent the heart. I used two jellyrolls almost exactly for this one—a Denyse Schmidt (Florence), and a more traditional one called Little Big Quilts Club 2014 by RJR fabrics. I added in the traditional roll to tone down the brightness a bit since it was going to someone with more traditional tastes. I roughly cut the jellyroll strips in half lengthwise, making sure to not cut exactly down the center for all of the pieces so there would be some variety in strip width.

I first learned about Heartstrings quilts at a Minnesota Quilters meeting, where this block is the one they’ve used for years for their charity quilts. The pattern from MQ is here, though I used larger blocks for my quilt. It is a very versatile block as you can throw almost anything into the block and the quilt still looks lovely at the end. And it is perfect for leftover strips, strings, and jellyroll pieces.