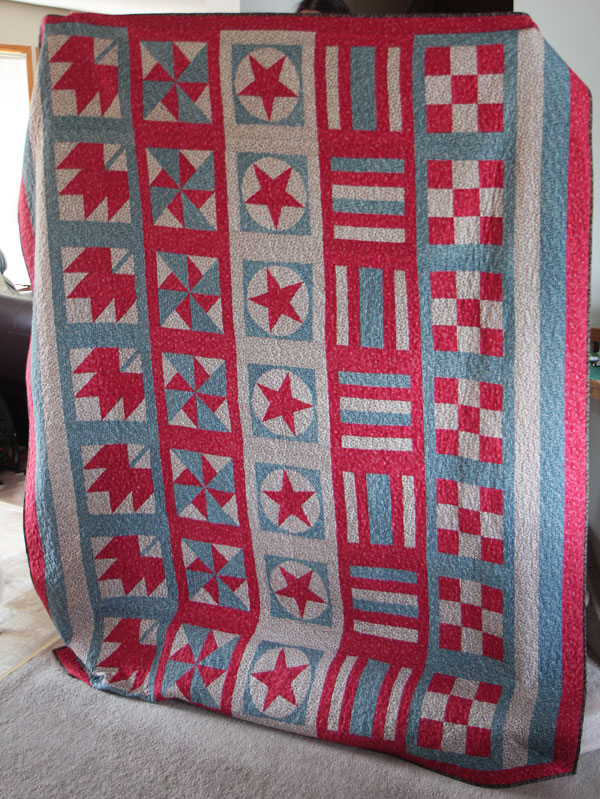 My Grandma was a quilter and she gave quilts to three out of four of her grandchildren. After she passed away, this quilt top was found in her quilting stash. We don’t know for sure who it was intended for, but I thought (and my parents agreed) that it should be finished and given to her last grandchild (my cousin).

The only problem was, she had made a column of “traditional” blocks that could be viewed as highly offensive. There is a way of setting a rail fence block that depending on the coloring, makes it looks like a swastika! My Grandma was not racist, so I’m guessing this was absolutely unintended. Intended or traditional or not, no one wants a quilt with that symbol on it… So I ripped out the row and reoriented the rail fence blocks to be just stripe-ey blocks.

I had the quilt longarmed as it was very big and I wanted the quilting to be perfect. I was able to deliver the quilt in person in Saskatoon in 2014, which was lovely! I think she would be pleased.