In 2011, I made a play mat for my kids to drive their cars on and play with. This was kind of complicated, and I am happy that I won’t have to do it again. I first took a screen shot of the Boston harbor from Google Maps. I placed it into Adobe Illustrator, and traced all of the major roads with a wide stroke (a tiny bit bigger than the width of a Hot Wheel car). The resulting map was way, way too busy, so I deleted about half the roads, trying to keep in the biggest ones like Mass. Ave. 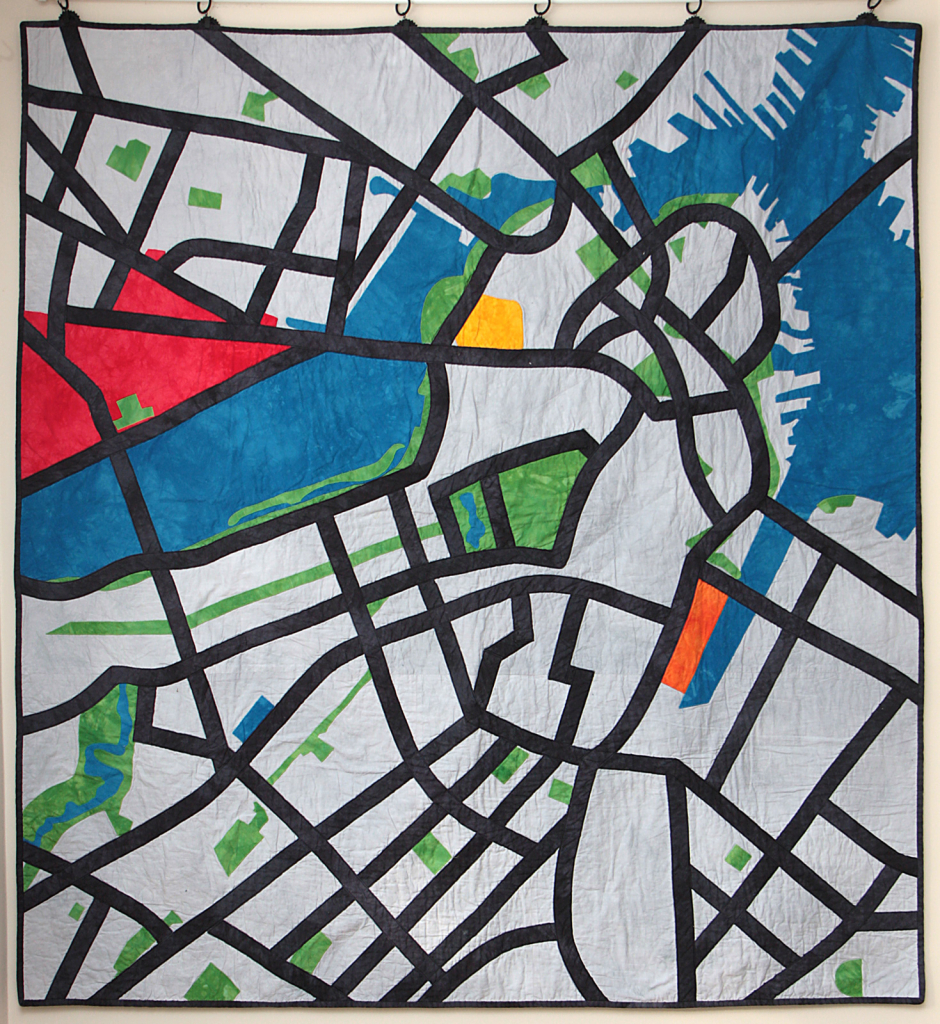 I then printed out the 49 pieces of paper that made up the illustration and traced all of the roads etc. onto a whole cloth gray backing. I used the giant pattern to cut out all of the heavily starched green, blue, and colored pieces and raw edge appliqued them on with a zigzag stitch. 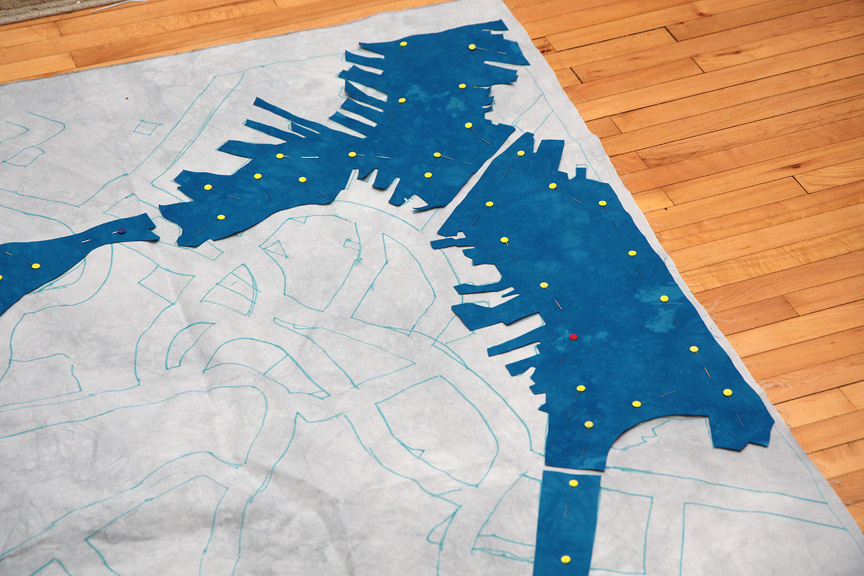 I then made a million miles of very dark gray bias strips for the roads. I basted the wholecloth quilt, and appliqued on the roads through all four layers (road, top, batting, and backing) so as to quilt the mat in one step. This step was very fiddly because not only did I use an extra-thick batting, but I had to figure out how to interleave the roads so they all tucked in under each other and there were no raw ends (I was not 100% successful, but close).

I would have included the airport in this map, but I wanted to include where we lived and so I couldn’t without making the quilt another 12″ bigger or so. We lived right across the street from the Back Bay Fens (that blob of green with the squiggle of blue in the lower left corner). The giant red blob is MIT, and the yellow blob is the downtown hospital. The orange blob is a random one to try to balance things out a little. The green blobs are all actual green spaces in the city, like Boston Common.